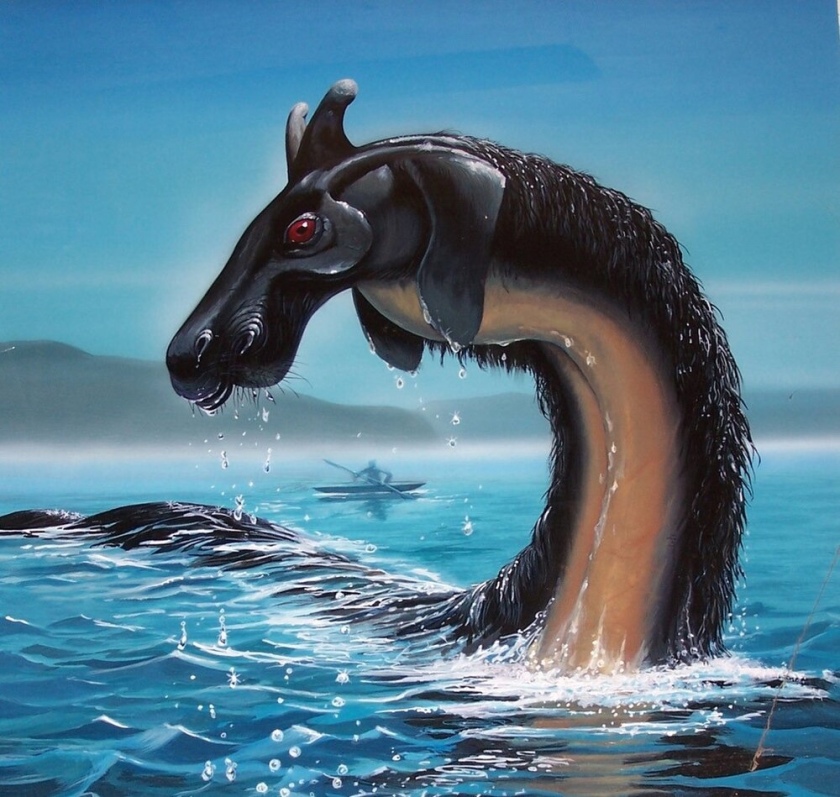 I have read so much about famous water monsters that I thought I’d tell you about a water monster that fooled everyone in 1904 on one of my favorite lakes of all time, Lake George, in Lake George New York.

Every year (unless there is a pandemic about), I head to lake George New York for a week or more. I have been doing this for well over a decade now at the least . It’s a great place to recharge the mental batteries.

So of course because I’m a nerd at heart, I had to learn all about its history. One thing that popped up was a tale of a water monster and a great hoax.

As I am a boater and would go on that water everyday from one end to the other while I visited, this bit of history had me fascinated.

Back in 1904 a Water Monster was born. Once called “the biggest hoax of all time.”

In Hague Bay unbeknownst to the lake residents a fishing bet over who could catch the biggest trout was made. Harry Watrous, a well known painter and Colonel William Mann the editor of Town Topics a local scandal sheet made a bet over who could catch the biggest trout. This bet was ongoing, until one day Mann pulled up on his boat holding a large trout seeming to look about 30 pounds, therefore winning the bet. Later on Watrous realized it wasn’t a trout but a wooden plank shaped and painted to look as though it was a fish.

But revenge is sweet and Watrous certainly knew how to do it up good. I’ll let you read about his prank in his own words…

“While the Colonel was in New York attending to business during the week ending June 27, 1904, I got a cedar log and fashioned one end of it into my idea of a sea monster or hippogriff. I made a big mouth, a couple of ears, like the ears of an ass, four big teeth, two in the upper and two in the lower jaw, and for eyes I inserted in the sockets of the monster two telegraph pole insulators of green glass.

I painted the head in yellow and black stripes, painted the inside of the mouth red and the teeth white, painted two red places for nostrils and painted the ears blue.

The log of which I fashioned the head was about ten feet long. To the bottom of the log I attached a light rope which I put through a pulley attached to a stone which served as an anchor. The pulley line was about 100 feet long and was manipulated from the shore.”

Well, I went out and anchored the hippogriff close to the path which Col. Mann’s boat would have to take from the landing to his island. I tested the monster several times, sunk it and waited for Col. Mann and his party to arrive on Saturday afternoon.

The Colonel had as his guests Mr. Davies, Mrs. Bates and several other congenial spirits. Hidden behind a clump of bushes on shore I watched as the launch approached and just as it was about ten feet away from my trap I released the monster. It came up nobly, the head shaking as if to rid itself of water, and I will say that to several people in Col. Mann’s boat it was a very menacing spectacle.

Mr. Davies, who had a rather high pitched voice, uttered a scream that must have been heard as far away as Burlington, Vt. Mrs. Bates, a very intrepid lady, of Milesian extraction, stood on a seat in the boat and beat the water with her parasol, shouting indistinguishable sentences in her native tongue. Col. Mann shouted, “Good God, what is it?” through his whiskers and kept repeating his query as long as the boat was in sight. As soon as I gave the audience a good look at the hippogriff I pulled it down to the bottom of the lake again.

Although Col. Mann’s home was on an island, the news of the sea serpent was all along the shore of the lake that night. Taking advantage of the darkness of night, I moved the monster from place to place along the lake shore and everybody who saw my monster had a new story to tell of its awe-inspiring appearance.

Each day we provided new thrills for the populace, and that is how the rumor started that there was an honest-to-goodness sea serpent living in Lake George.

From the New York Times

And then a few decades later Watrous was asked to release his water monster once more during an Independence Day carnival. It scared a few more boaters that day Watrous exclaimed, “I spoofed the world once with this horrendous beast; and I spoofed it again this afternoon”

But this hoax became something he didn’t expect. It became something the town embraced and people believed that, Georgie ( as it’s affectionately known as) was swimming around out there somewhere. Reports of other sightings were also reported. It got such attention that in 2002 researchers (known best for researching the Beast Of Whitehall, in Whitehall New York) Robert and Paul Bartholomew even made a pit stop on their way to Investigate Champ, Lake Champlain’s own water monster.

Despite knowing it’s a hoax when I’m there on the water I’m still always keeping an eye out for it. You never know… 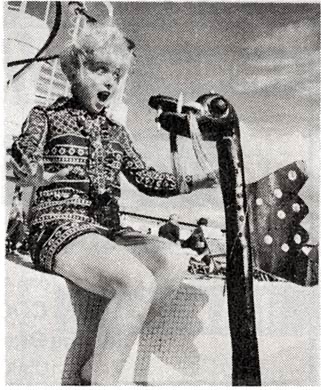 Let me say firs that this is my own theory, but what if there truly is a water monster swimming around out there? It has close proximity to Champlain, and I bet you didn’t know, but the water fall from Lake George into Champlain is longer than Niagara, but not accessible for every to see. But the size and depth of the lake could support one I believe. What if the hoax brought such attention to the possibility of real creature being out there, causing people to look out for it, that sightings of a real creature were now being reported? So many believed hoaxes are out there that are real, well, real to me anyway, Bigfoot, Lochness, etc. Why not Georgie too?

So I’ll keep looking whenever I’m there and someday maybe, who knows, I may get an interesting picture of Georgie that people can examine for decades to come. When you know some unexplainable creatures exist, you’re open to all possibilities. 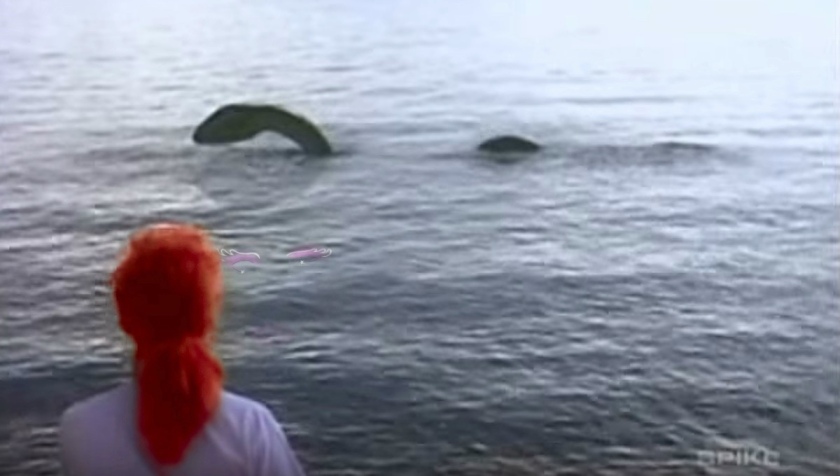 If you would like to see it for yourself some day for sure then dummy monster is an exhibit at the Clifton F. West Historical Museum in Hague, New York State.