This past Saturday afternoon, I visited a place I believe a Bigfoot might just be inhabiting occasionally. On my very first visit  there, I got a weird vibe and a strange sensation that I wasn’t alone and maybe not entirely welcome. It’s a different feeling then the one I get at my usual spot inside Freetown Forest. There I also feel I’m not alone and definitely being watched, but not unwelcome or unsafe. I feel entirely comfortable there. I don’t feel a need for a weapon or equipment and maybe that is why I am welcomed.

In this new spot I feel as though I have not been invited yet. I am coming too far into their territory without their (whoever they are) permission. I know everyone likes to say, “just science and cold hard evidence no “feelings”. But instinct has served me well, some people are just more in tune to themselves and their environment. But I do understand that if you’re not, it might be hard to believe. And that’s okay too.

Shortly after getting into the woods I felt watched and heard a loud noise that sounded like a hard thumping on the ground like a bull was charging. Someone heavy running up a hill fast. Than full stop. Then around the corner I heard more noises, just like snaps of branches on ground and tree etc. To me, even a squirrel makes a loud enough sound moving around in the woods so I generally don’t pay attention to it but at that moment I felt the hairs on the back of my neck stand up, and when I came around the corner, a large tree was down, blocking the entire trail. And in my mind I’m thinking “the way is shut!” So I snapped pictures all around the area and then I kept moving because I knew, without a doubt, I was not alone. I started toward the exit and finally listened to one of the noises that had been ongoing that I was tuning out before, It was a murder of crows hovering. 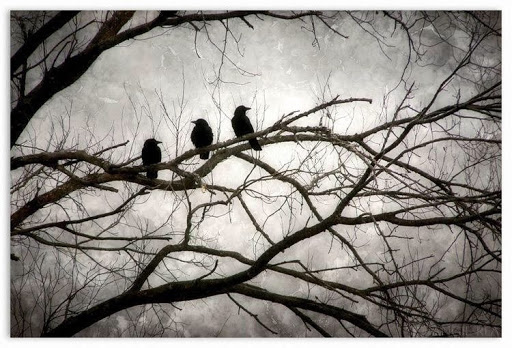 Why a murder of crows? A warning system maybe? But for whom? Me, or my possible hominid stalker? I headed home after awhile and was racking my brain, what was that hard thumping? I began going through my pics looking for anything. Why were crows everywhere? Was there a dead animal in the vacinity? They say a murder of crows got their name because they were always around death. Hanging at cemeteries, and coming around when there was something dead around they could feed on. A crow is a member of the carrion birds. They feed off of the dead. So why are they following me? Superstitious people believed if they hung around you it could be an omen of your death. They believed when you saw them you should either bow down to them, or tip your hat at them. A pity I didn’t know this at the time.

Later on that night when my sister helped me review all my pictures she saw what she thought could be an eyeball dead center of one of the pictures staring at me. Nothing to worry about there. 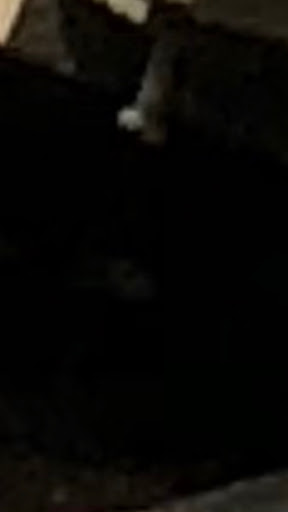 Eyeball is in the center of picture but I freely admit not easy to see.

My second trip inside, I was waiting for the crows to come back and caw away at me again and they didn’t disappoint. And again, I knew I was not alone out here. The difference today was me, I was more confident and intending to stay this time. But like the last visit, I was again not entirely comfortable and neither was my sister whom I dragged along. But we kept going all the way to the downed tree and around it off the path. As we happened to look on the ground we noticed prints, two very suspicious prints. One very large print and the other was going at an angle on a muddy slope, but the toes were easily discernible. We looked closely around the whole area looking for more prints, hair and generally anything out of the norm. and then we noticed that behind us was a busted up shed that appeared to be hanging half way down a hill and it was where my very strange picture of something that resembled an eyeball in the black was taken. Down in that area also happened to be where all my uneasy feelings came from. Was this also where my thumping and running was coming from? Did something run up that revine? 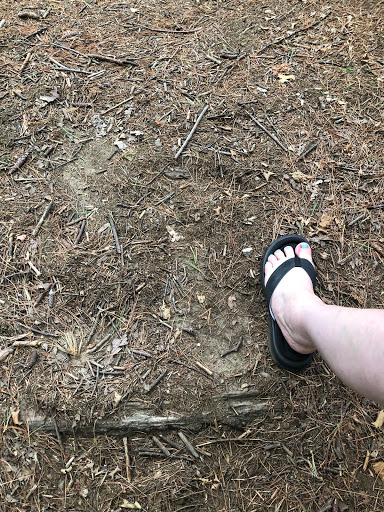 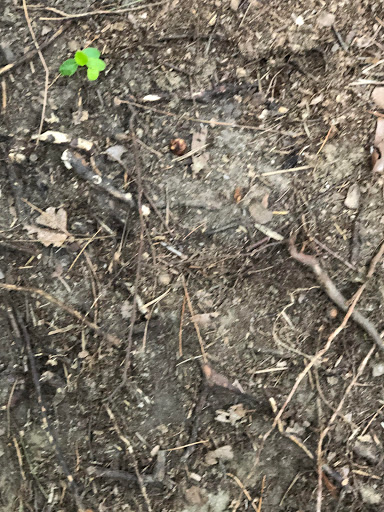 On the third visit the crows were upon us from the second we got on the path. This was a larger murder and possibly more aggressive. They were low flying and circling. When we got to the spot that uneased me the most, a crow feather hit the ground near us. A more stern warning? But again, to whom, me or my new friend. We noticed more prints again as well, but these seemed to be of your average animal varieties so documented everything and moved on until we were both beginning to feel that heavy negative feeling, if that makes sense at all, and we headed home. 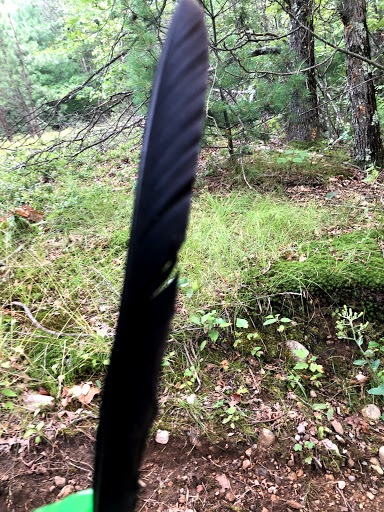 At home I began wondering if the crows hovered to act like a type of sentinel for them, and if so, how would these two different species communicate together? And is the warning for them to keep from being seen?

After thinking it all over for a couple of days. I decided to head back in a fourth time alone again. Actually, to be honest, I was getting an itch in my brain that morning telling me to get off the couch and get in there. It had rained just the night before, the ground was mushy a bit and I thought maybe I’ll get lucky and catch another print. I decided to enter the woods using a different path this time, coming up to that area from behind instead And there not to far off trail, were two large prints. Large and deep prints perfect for casting. So I looked around the area, checking for other prints, hair or an actual Bigfoot. I didn’t notice anything else after a thorough search. So I snapped some pictures sent them to my friend at Wpi Hunts the Truth and he kindly walked me through my first footprint cast. It was messy, challenging to do alone and watch my back at the same time, but it also was completely exhilarating, I was casting my first print!

It was an exciting time and I felt I had to really take this seriously and document everything. I feel that this area has most likely all it would need to sustain one, a river, ponds, dog and blueberry bushes, (I may have tasted some of those) plenty of vegetation, wildlife, miles of connecting forest, conservation land and an old railway turned into the Southern New England Trunkline and Greenway that was a straight corridor that could easily get them from as far north as Maine and down to Florida. A good migration route if that was what they needed. So I needed a plan and I decided to keep an eye regularly on this particular area, but to also expand my search and follow and explore the river and abandoned railroad lines and corresponding forestry right through the Heritage Corridor. There is a lot of Native American and colonial and settlers history in this area as well and I love history so there is extra bonus for me.

I don’t want to be the catalyst for them having to leave their home so I’ll be as respectful and unobtrusive as possible. I’ll be outside of most of the known park and trail areas here, no one else really knows some of these trails exist except locals, so they could very easily live relatively undetected here. So yes, I’ll be respectful of the area because seeing one isn’t worth costing another being, any being their safety, security and home. Mankind is doing that enough as it is already… 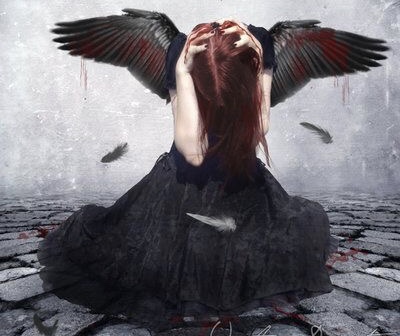 Photo by Arthame for Deviant art

Big thank you to the sister I drag in the woods with me. I mean the one that comes with me when she can. And has a great eye for all things squatchy in the woods…

*Information on crows from Wikipedia

* Pictures Of footprints are my own and property of Bigfoot Mountain..

all pictures used in accordance with the Fair use act