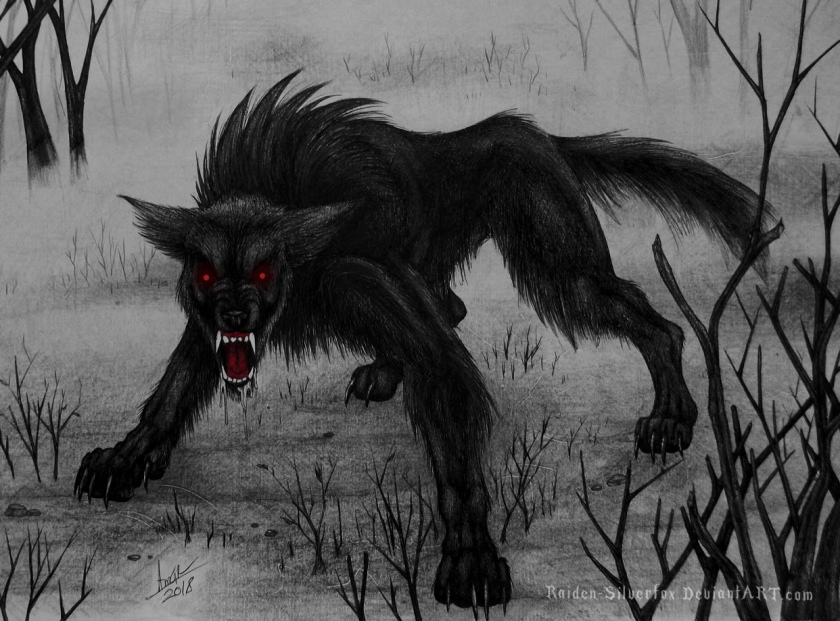 The Black Shuck, Shuck coming from the old English word for devil or fiend and is essentially considered a nocturnal specter from the folklore of the British Isles.

It was first recorded in print in a 1850, journal titled the Notes and Queries which describes “Shuck the Dog-fiend”; “This phantom I have heard many persons in East Norfolk, and even Cambridgeshire, describe as having seen as a black shaggy dog, with fiery eyes and of immense size, and who visits churchyards at midnight.”

It’s appearance was regarded as a portent of death, it is generally supposed to be larger than a physical dog with glowing eyes, it is often associated with electrical storms, crossroads, places of execution and ancient pathways.

Black dogs are almost universally thought of as malevolent, although few are held to be directly harmful. However this witnesses sighting believes if not for the Shuck, he may not be here now.

“ I saw one and it was no dog and definitely not a wolf because no wolves live anywhere near me,it looked just like this drawing, other then the eye shape and no dog or wolf could vanish like that in thin air. If you read other legends they are protectors of children and women… if there a warning of death, why warn you if you cant change it…..? because the secound I saw it a car sped past me by an inch (the driver told me to go ahead to cross, you know the drivers who only move when you start crossing) if I didnt stop to stare at that black shuck for those few seconds, then I would have stepped out and been run over or at least my foot, I belive it was a shuck that saved me”

One of its earliest encounters comes from an incident at the Peterborough Abbey. It was recorded in 1127 and one of its most notable ones is an appearance is at the churches of Bungay and Blythbourgh in Suffolk on August 4th 1577. The Black Shuck was said to have burst in through the doors of the church, it sounded like a clap of thunder. It ran past a large congregation, killing a man and boy and causing the church steeple to collapse through the roof. As the dog left, he left scorch marks on the north door which can be seen at the church to this day. 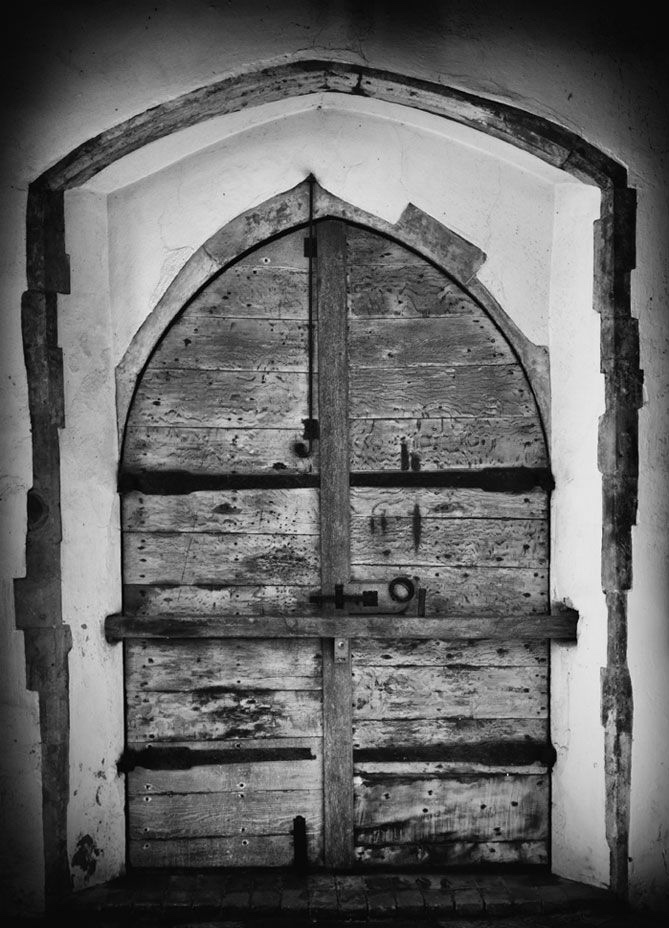 I’m not sure about Black Shucks motives here, but black dogs seen in church yards is thought to be to guard the church from an evil befalling it, and some churches were said to bury a black dog alive on the corners of its property for that reason. So guardians and protectors or evil hell hounds and portent of doom probably depended on when and where you saw them and it’s appearance but either way I’m not messing with any black dogs I’m England…

So, what are my thoughts on the Shuck? Well in history black animals have had some mystical beliefs surround them, ravens, black cats, etc. so I can imagine they would be afraid of a black dog wandering in a church yard or cemetery as well. We still to this day are superstitious about black cats. And as for wether or not it could be a spectral? Since I lived in a haunted house for 20 years I can believe a ghostly dog may roam about.

There is a lot of energy, good and bad floating around this planet It’s not hard to believe it is possible to manifest itself in different ways. Who knows? There have been many witnesses to keep this lore alive through generations to come…

Some of the information sourced from the following: