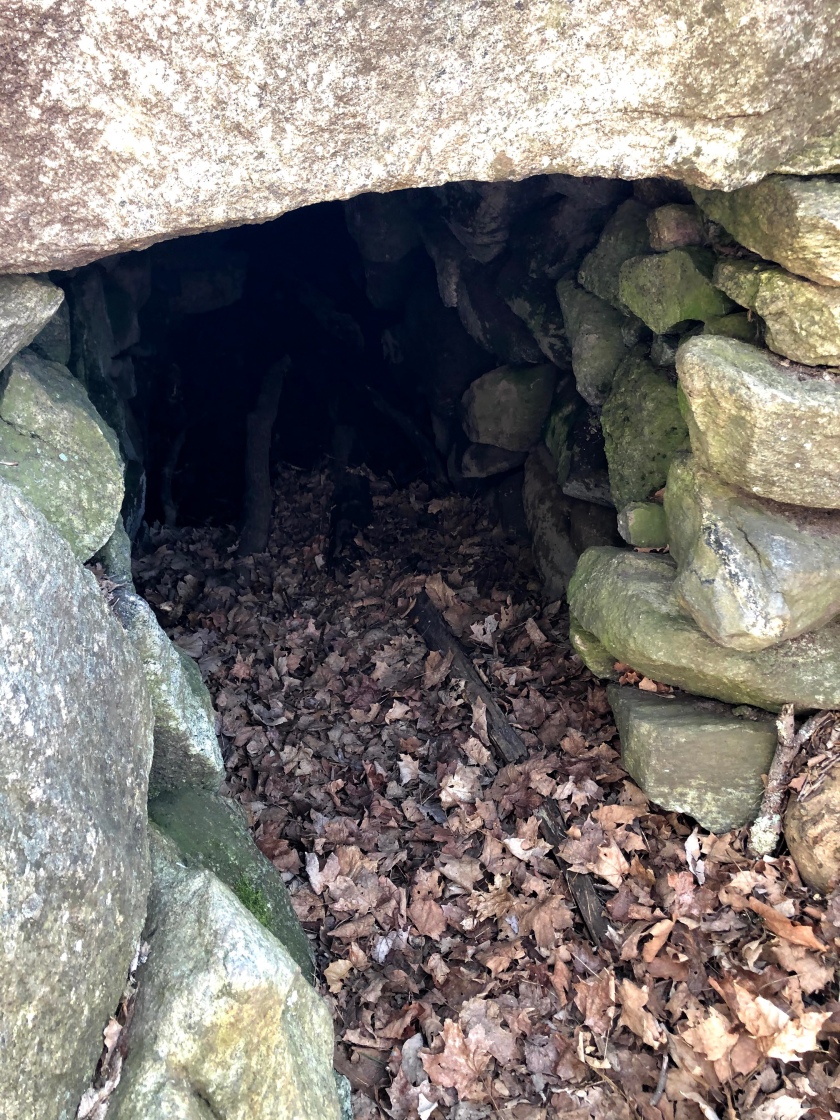 When you make your sister go in the tunnel first…I wanted to highlight some adventures I had this year throughout the months of December and January. I definitely had some really interesting ones.

I’ll start with my Visit to the Upton Chamber, in Upton Massachusetts. These photos are from two days of hanging around the Chamber, luckily on the second day my sister was able to join me and was kind enough to head in there first, and using her expert scientific observation skills to decide if we should go in, she let me know that, “according to my stick….it’s to wet!”

“Records show that that the land originally belonged to a local leather tanner, who many suspect built the chamber in the 1800s to use as a tannery. Others guess the builder could have been one of a number of farmers who lived around the land before that, who may have built the chamber to use as a root cellar or storage space.

The Upton Stone Chamber isn’t the only of its kind. It’s one of over 300 known mysterious stone chambers found across New England. Most archaeologists consider these chambers to be root cellars built by early European settlers, but others argue that they’re the ruins of Native American structures.

According to a 2015 U.S. Geological Survey, analysis of the chamber estimates its age as being built between 1350 and 1625, based on OSL Sampling. This has led some to conclude that it was built by the Nipmuc people, who lived in the area.

The cave also lies along the Great Trail, a famed indigenous trade route that went from Delaware to Canada. Despite those findings, no Native American artifacts have been found inside the Upton Chamber.”

The Upton Chamber was one of my favorite historical stops. It’s amazing To sit there and wonder who was walking around here long ago. My personal belief is that it’s built by the Native Americans. Because it isn’t just the igloo style stone chamber, there are other rock outcroppings that are placed a certain way and in a certain direction that makes me believe this was quite possibly a spiritual place for them. 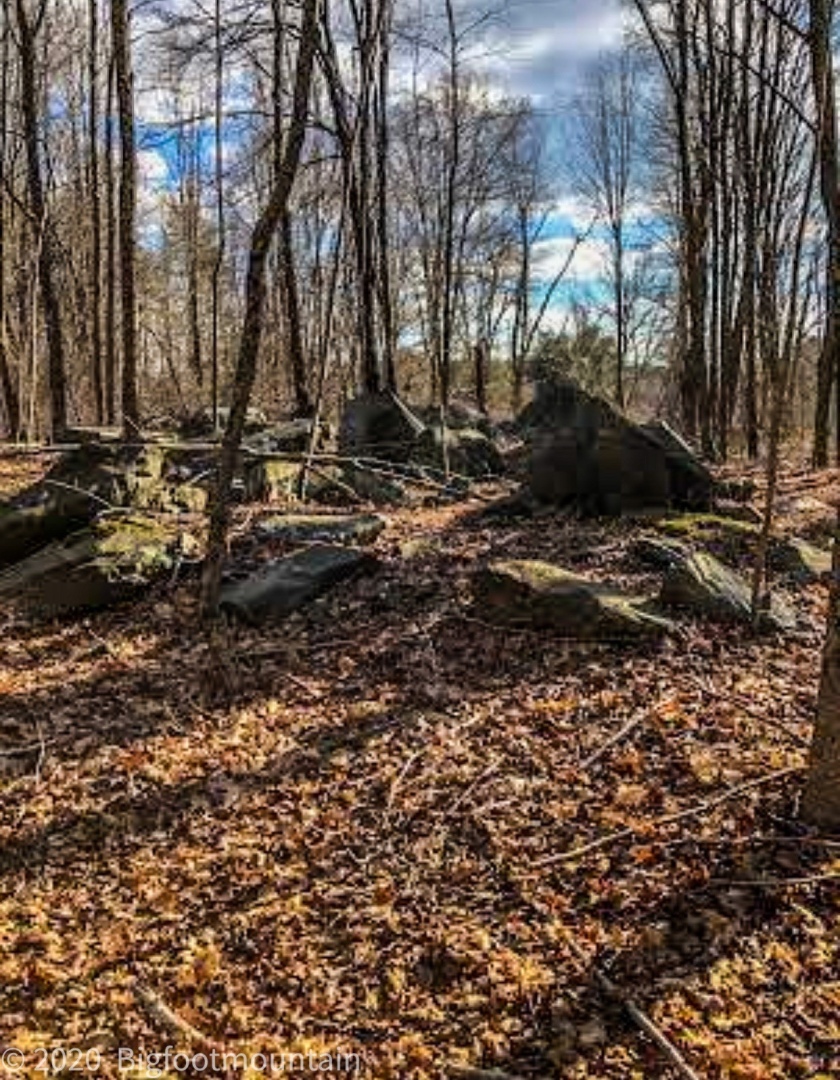 Now of course I’m no archeologist, obviously, but since my sister made a scientific hypothesis, I’m going to make an archeological one, according to my eyes…this is a Native American spiritual and most likely planned resting place for them. Since it’s located on the Great Trail, we know they traveled this route often, so it’s a safe assumption they may have also built this chamber.

Whatever or whoever it was used for, it’s an amazing place to stop and visit and decide for yourself who built it. But be warned it’s very dark once you get in there so bring a flashlight. It also takes in a lot of water and floods often so be prepared.

And lastly I wanted to mention that one of the most beautiful old trees I’ve ever seen is growing right around the chamber so check it out while you’re there as well. 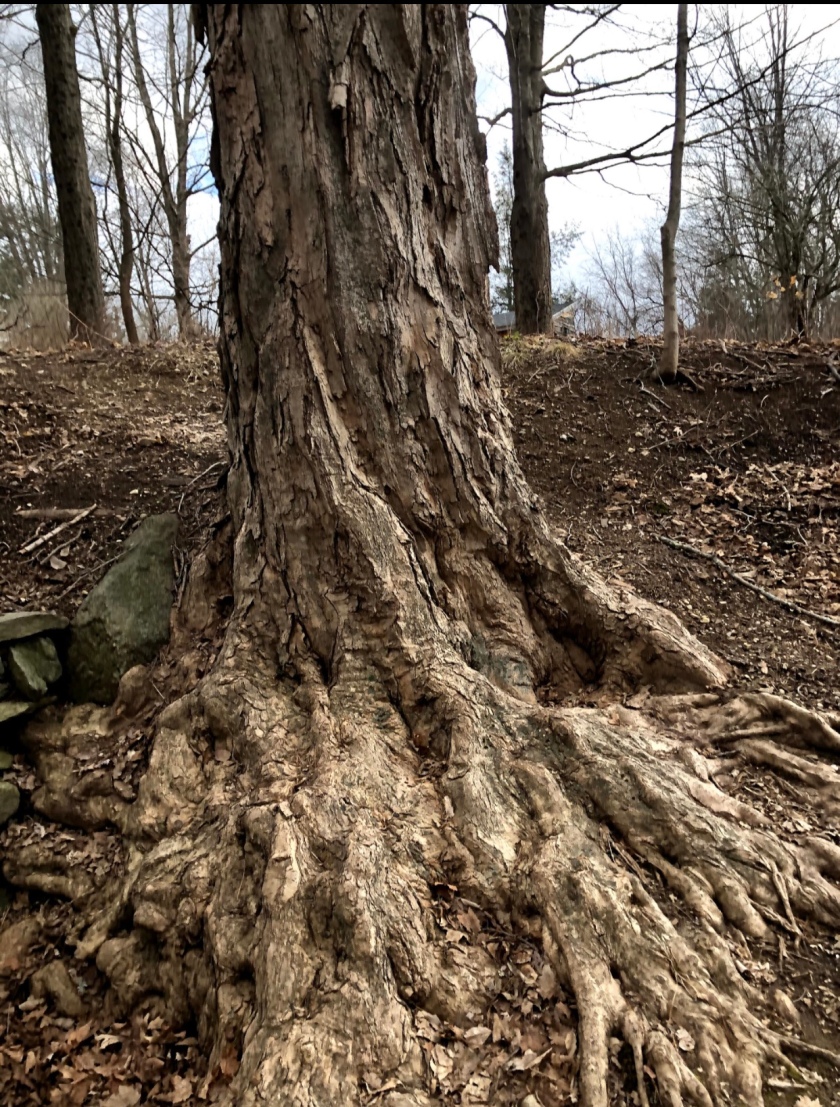