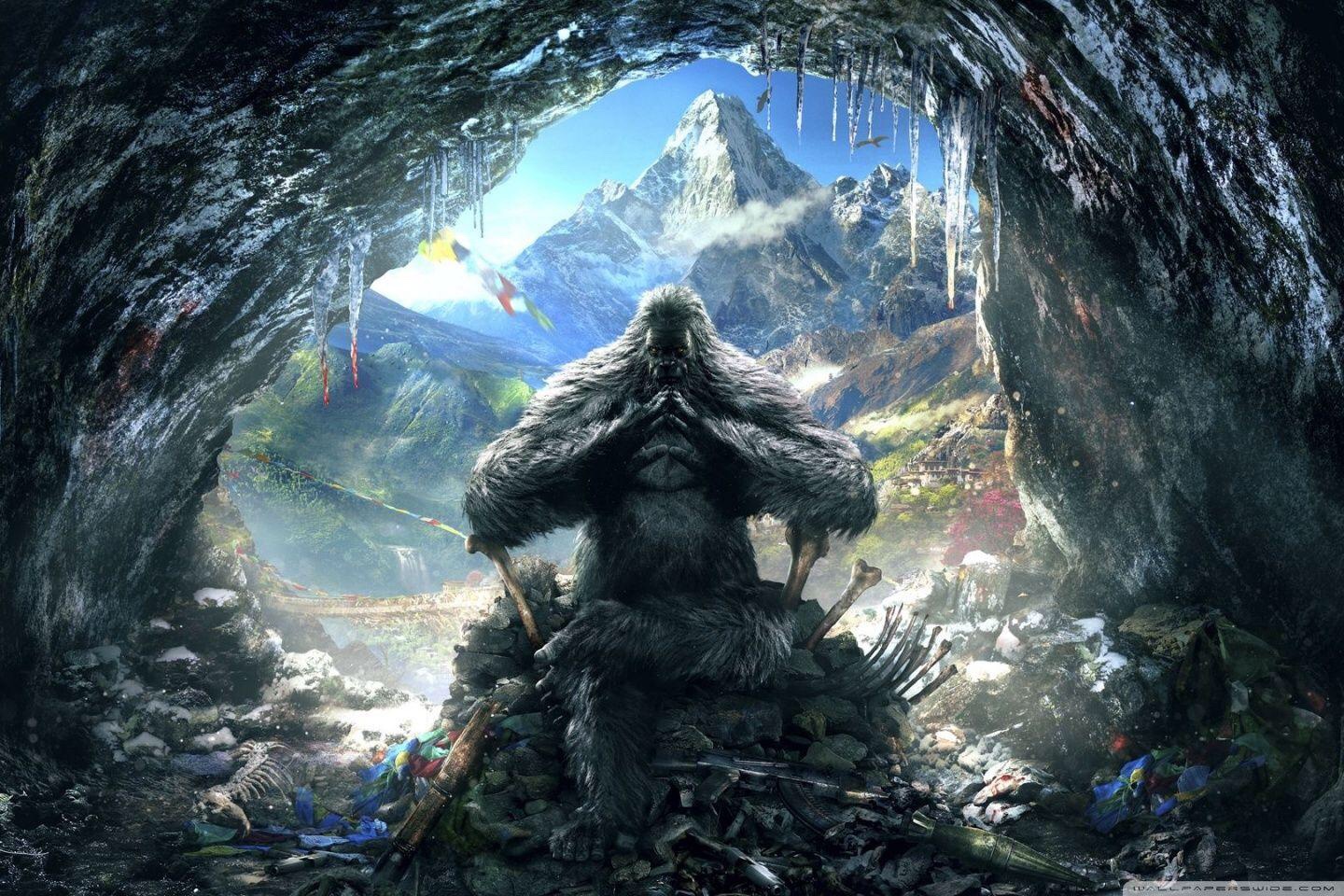 Picture this, a cave in Illinois is about to host a fight for territory between a hunter and a “wild man”…

From the BFRO site:

“Mt. Sterling, Ill 1922 – A wild man, living in a cave near here, is thwarting all efforts of police and armed citizens to capture him and is keeping the countryside in terror with his raids on outlying farms. A price has been set on his head, but desperate attempts to capture him in his lair have proved vain.

The wild man recently made a series of bold robberies near. Mt. Pleasant, carrying off calves and sheep to a deserted mine where he stays hidden in the daytime. Ambrose Smith, a dead shot and tireless hunter, was seriously wounded in a terrific hand-to-hand encounter with the mysterious man-monster.

“The wild man has long, wiry hair that bristles about his savage-looking face.” Smith said in his home, where he is recovering from the adventure. “In the uncertain light of the cavern I made him out to be a great towering creature. His hands are thin and the flesh is stretched over the bones like leather.”

People feared black damp in the long empty galleries of the mine so much that even a reward of $500 for the wild man, dead or alive, failed to result in his apprehension. At last Smith, accompanied by J. M. Blair and others from Mt. Pleasant, all quick with a gun, went to the cave. It was late in the afternoon. Smith had the others stand back 200 yards from the mouth of the cave and entered alone, armed only with his large hunting knife. His dog followed him.

Night fell and the watchers waited in vain for Smith’s return. Then there was a great noise and the dog ran out whimpering. The men went into the cavern in search of Smith. They groped along through the twisting passageways in the darkness, but were unable to find any trace of him. At midnight Smith crawled from the cave on his hands and knees and fell faint and exhausted at the feet of his friends.

“I did not get more than 50 feet into the cave boys.” he said, as they carried him to the doctors, “when I saw the wild man glaring at me a few feet away. Then he sprang at me and held me in his steel-like grip. I tried to knife him but he held my wrist. For more than an hour we fought together on the wet floor of the cave.”

I thought I’d share a favorite BFRO report back from 1922. The description of the bony hands is curious though. What constituted a “wild man” to the hunters? Could it be a homeless man living in there.

It’s hard to believe that anyone is going to get in a cave battle with a Bigfoot and walk away to tell about it. And if it’s a Bigfoot it’s probably going to want to get out of there, not fight to stay after his location is discovered. The food source can’t possibly be worth risking a capture of some kind.

But I do love the mystique of the older reports and “wild man” is the best name for him I think.

Let me know what you think of this encounter.

Goodnight and have a pleasant tomorrow…