A Port Langley man says he was kidnapped and held captive for one week by a Sasquatch Family. and was able to escape when he fed one a box of snuff. 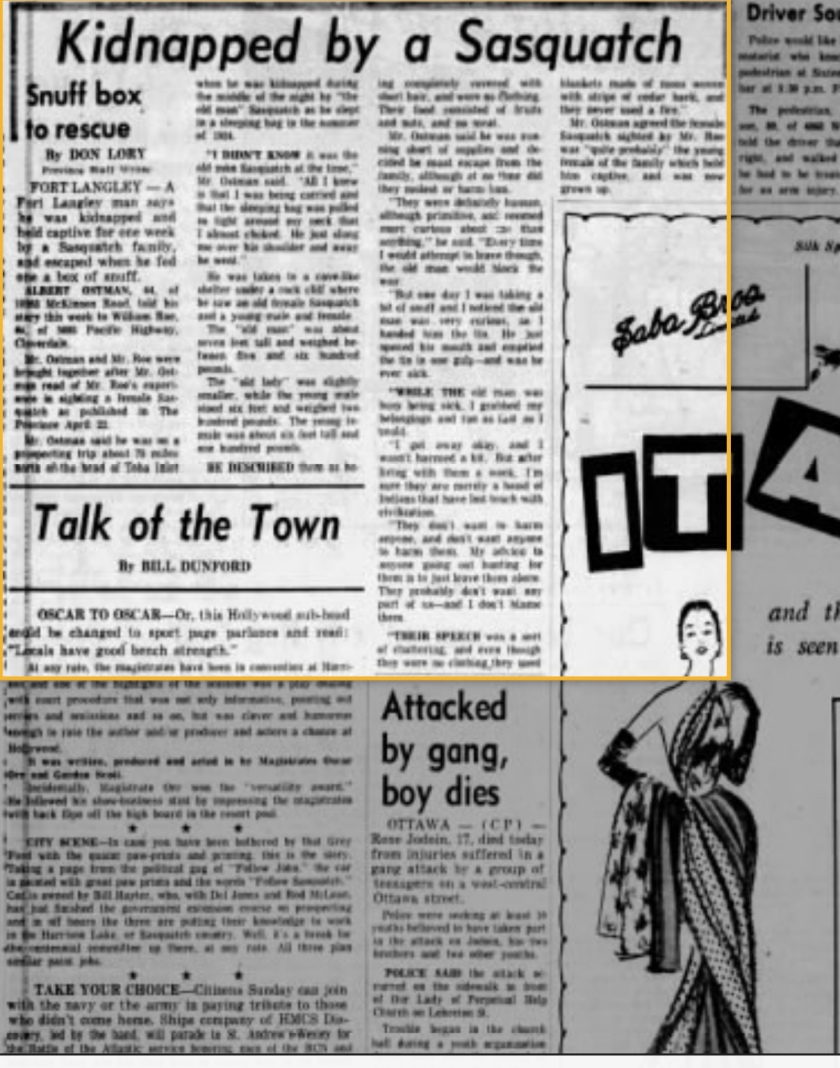 I was Kidnapped by a Sasquatch, Snuff Box to Rescue By Bill Dunford in the Province Newspaper, May 1955

A Port Langley man says he was kidnapped and held captive for one week by a Sasquatch Family. and was able to escape when he fed one a box of snuff. 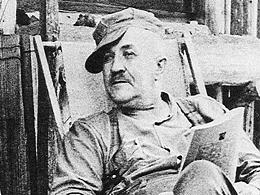 ALBERT OSTMAN, M. of 10263 McKinnon Road, told his story this week to William Roe, fin, of 5085 Pacific Highway. Cloverdale. Mr. Ostman and Mr. Roe were brought together after Mr. Ostman read of Mr. Roe’s experience in sighting a female Sasquatch as published in The Province April 23.

Mr. Ostman said he was on a prospecting trip about 75 miles north of the head of Toba Inlet ) when he was kidnapped during the middle of the night by “the old man” Sasquatch as he slept in a sleeping bag in the summer of 1924. 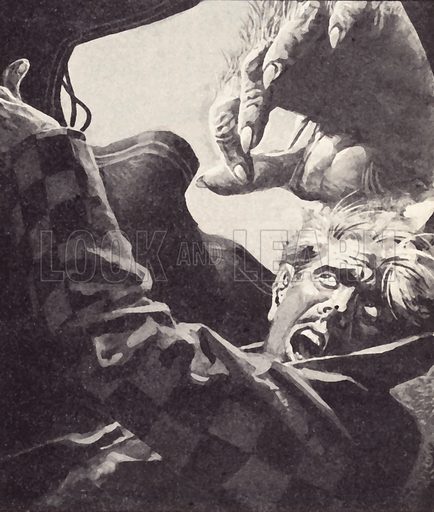 Pic from Look and Learn Publication

“I DIDN’T KNOW it was the old man Sasquatch at the time,” Mr. Ostman said. “All I knew is that I was being carried and that the sleeping bag was pulled so tight around my neck that I almost choked. He just slung me over his shoulder and away he went.”

Their food consisted of fruits and nuts, and no meat. Mr. Ostman said he was running short of supplies and decided be must escape from the family, although at no time did they molest or harm him. “They were definitely human, , although primitive, and seemed more curious about me than anything.” he said. “Every time I would attempt to leave though, the old man would block the way. “But one day I was taking a bit of snuff and I noticed the old man was very curious, so I handed him the tin. He just opened his mouth and emptied the tin in one gulp and was he ever sick.

“WHILE THE old man was busy being sick, I grabbed my belongings and ran as fast as I could. “I got away okay, and I wasn’t harmed a bit. But after living with them a week, I’m sure they are merely a band of Indians that have lost touch with civilization. “They don’t want to harm anyone, and don’t want anyone to harm them. My advice to anyone going out hunting for them is to just leave them alone. They probably don’t want any part of us and I don’t blame them.

“THEIR SPEECH was a sort of chattering, and even though they wore no clothing.they used blankets made of moss woven with strips of cedar bark, and they never used a fire.” Mr. Ostman agreed the female Sasquatch sighted by Mr. Roe was “quite probably” the young female of the family which held him captive, and was now grown up.

As I read this article (which I haven’t done in years), I realized he was describing this Bigfoot family exactly how I’ve always pictured them. Primitive, by not necessarily primates. More man, an evolutionary split some home. They would be in a family unit and have a unique language just like we have one.

That they may want to scare us off, but not all necessarily want to kill us. They simply want to be left to themselves. Granted being dragged off in the night in the sleeping bag is not ideal, he felt they just wanted to study him, and why not, we would do far worse to one of them. Imagine living your life while hundreds or more people are after you everyday.

For all we know their possible migration routine could be to also avoid us, not just for food sources. Yes they may want to scare us with rocks, knocking and such, but has anyone ever said they saw him snap a neck or physically attack species to species?

Maybe instead of guns or knives we need to carry snuff boxes for defense because at least we know that one works. I’ve always felt that the more passive role out there in the forest you play, less equipment, less weaponry the less you seem like a threat and the more you can relax, the more likely a chance you may have to see one. But everyone has to do their research in their own individual way, this is just how this girl does it…

It’s the way I conduct myself out there, and no, I haven’t seen one with my naked eyes yet, but I’m sure a time or two something was there, but as I always say, don’t be disappointed if you don’t get dragged off im the night in your sleeping bag half asleep, just enjoy your time out there, your peace and quiet, if it is meant to happen it will. Just keep on believing and throwing out your positive vibes to the world… 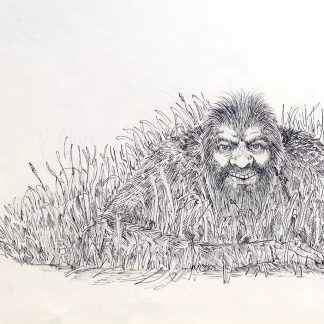