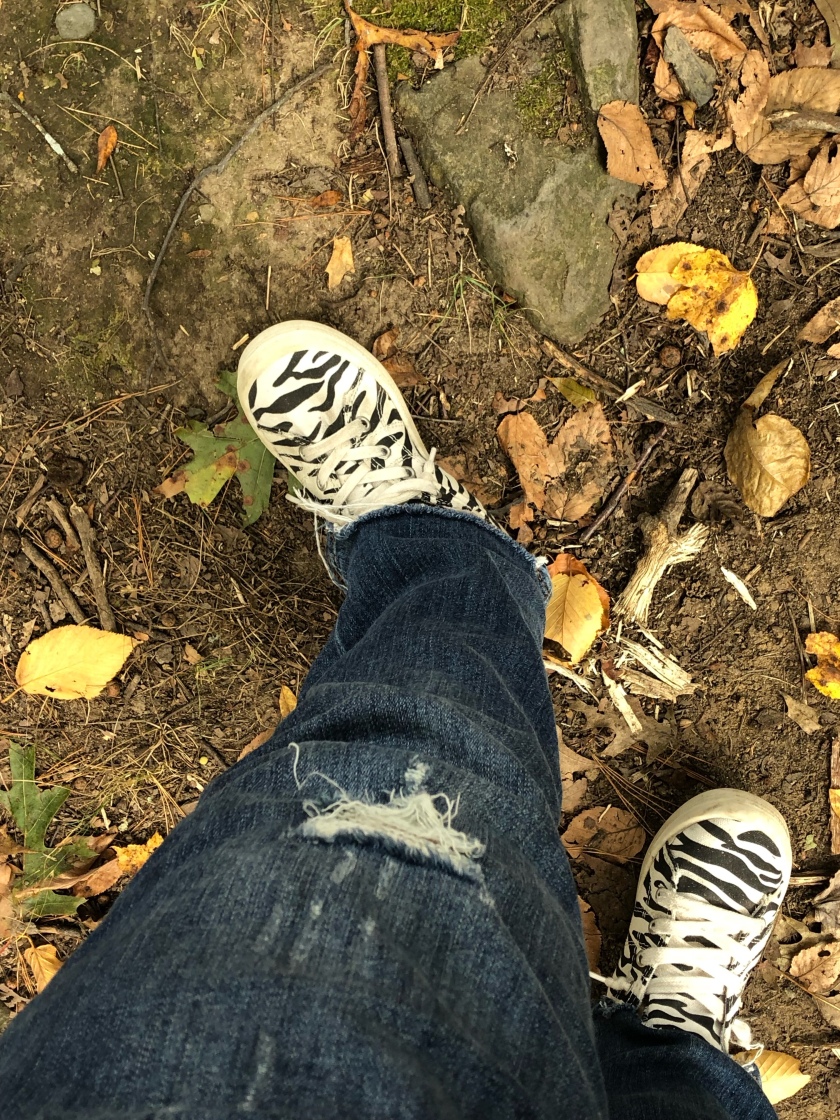 Pareidolia; the human ability to see shapes or make pictures out of randomness such as seeing shapes in clouds, Bigfoot in stumps.

You’re probably wondering right now why I’m defining Pareidolia while showing my jazzy sneakers measuring print sizes. Well I do have an explanation.

It’s a fact that when you are out in the woods squatching you have Bigfoot on the brain. So when we hear noises or see some weird looking shading by a stump you at first do a double take to see if it’s Bigfoot. My self included.

We sometimes blowup an image until we can actually make it look like a Bigfoot face or body. Sometimes we film a blobsquatch, as some call it. I’m sure we have all done that at least once.

But now I’m experiencing a new kind of Pareidolia , and It’s one I constantly have to check myself out there in the woods from seeing too. That’s why I thought I’d write about it, see if anyone struggles with it. I call it pedicuredolia. When you see Bigfoot prints on every kind of outdoor terrain. It’s made worse for me because I have tiny feet, so every print looks like Ronald McDonalds big feet. 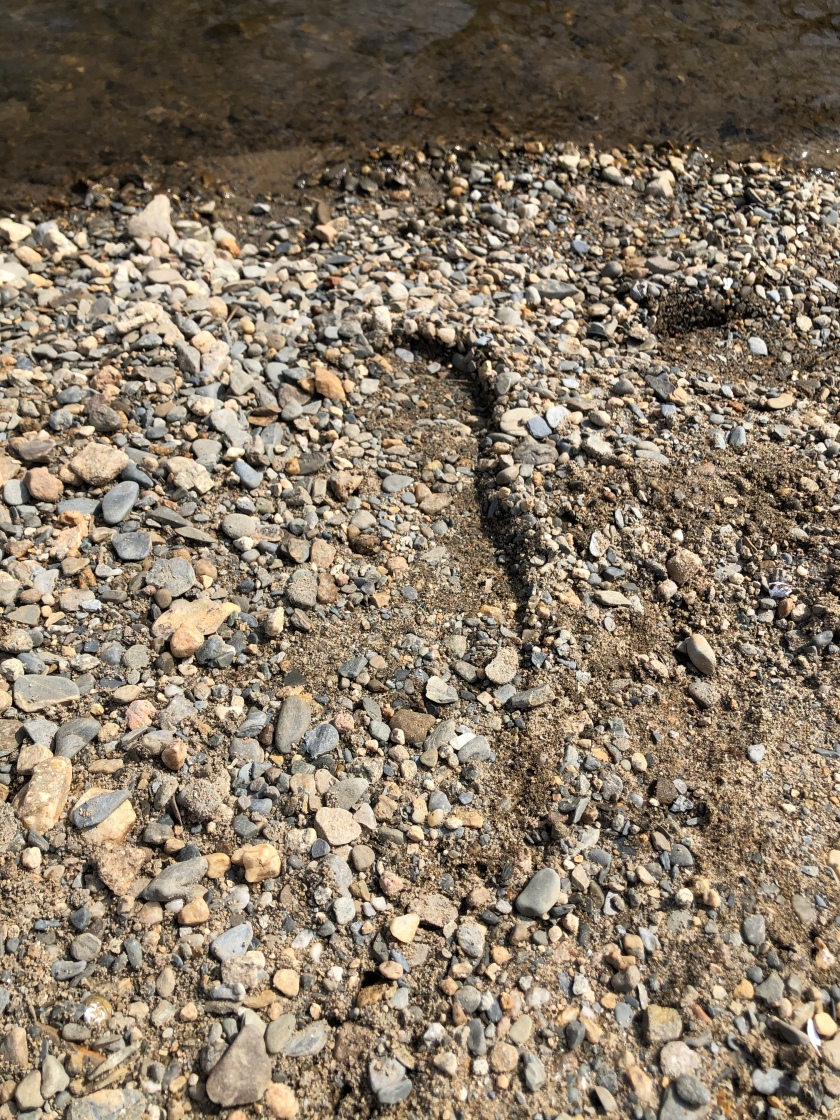 The above picture is not a Bigfoot print, (well at least I don’t think so) but I took the picture because when I first turned the corner and caught a quick flash of this by the river my brain immediately went to…its a Bigfoot footprint. Realistically I knew it was not his print, but that’s what I was looking for so my brain found a way to give it to me. 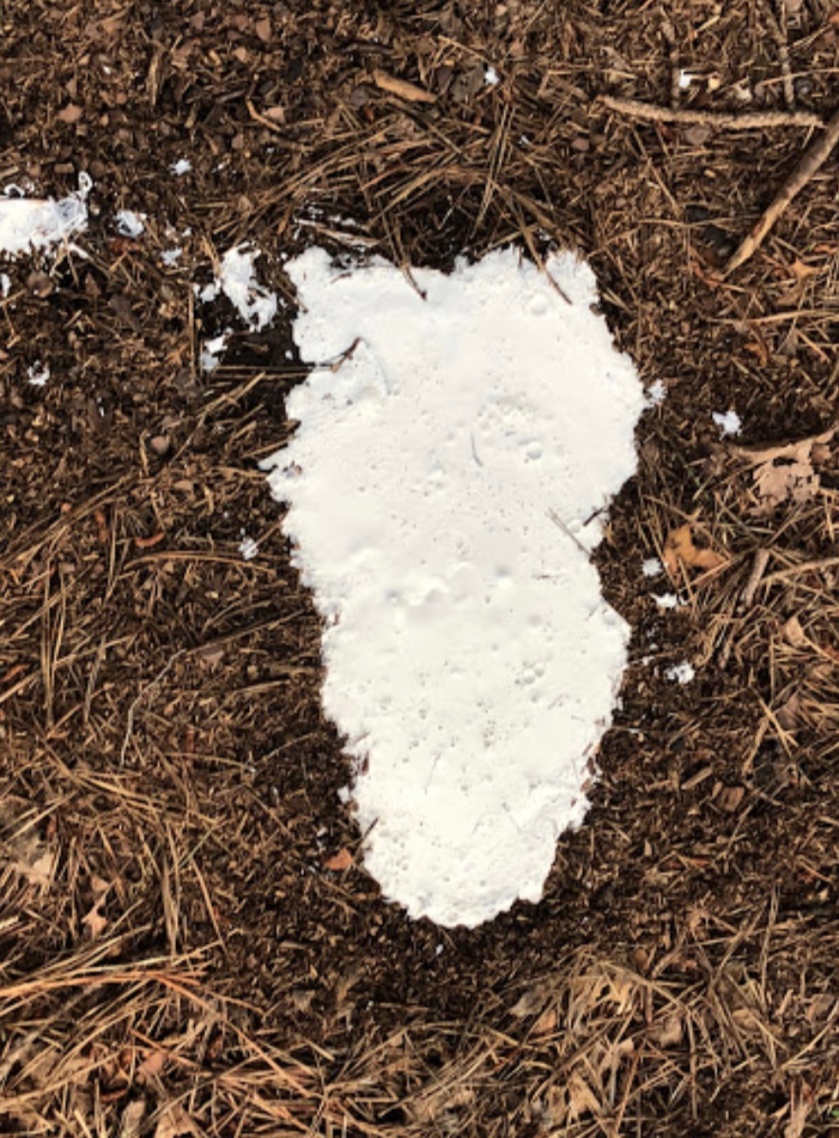 Don’t get me wrong, I’m not saying I haven’t cast a print or two, or found and photographed other footprints that I stand by. That I’m as sure as I can be that they are the real deal. But after the initial, “Omg it’s a print! ” I try to take in the whole area and check that it could actually be somewhere that could sustain him or a family of them.

It’s amazing when I see these perfect casts because mine are not that pretty ever. Here’s a few perfect examples. I don’t know how your prints work out but mine do not look this sexy. They could definitely use a pedicure. 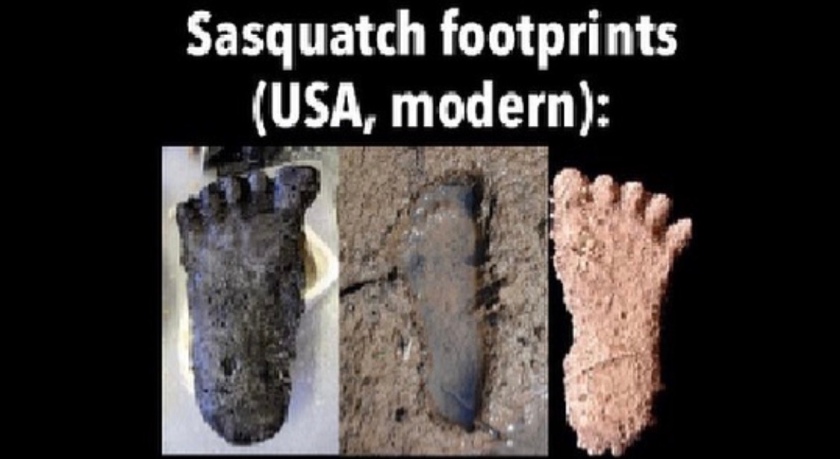 I have been lucky to find some good prints. Most of my adventures are outside a park area. Paths many don’t use because they aren’t marked.

The best advice I was given was to cast every print you aren’t sure about, take photos, videos, measure etc and document. Go over the whole area because if he can’t survive in that area for awhile and probably isn’t his print. Be open and ready to hear that maybe it isn’t a bigfoot and actually is Ronald McDonalds…