You’re probably wondering what these three could possibly have in common? Well John Denver had to have some serious faith to believe god could possibly inhabit the body of George Burns and believing in the Jersey Devil is gonna take a similar amount of that faith, and we don’t have him in our car to make it rain inside.

I’m finally understanding the back history of this devilish creature, and I believe I chose not to write about him previously because it always confuses me, but let’s see if I have this right?

The Jersey Devil, also called the Leeds Devil is the 13th child of Jane Leeds, also called Mother Leeds. After finding out that she was going to be burdened with another child, (because apparently having the 4,5,6,7,8,9,10,11,12 weren’t a problem), curses the said child, and in turn he was born normal but then changed into Jerseys favorite cryptid, killed the midwife, then flew up the chimney like St. Nick. And now he prays on anything disturbing him in the infamous Pine Barrens. I’ve been in these Barrens for two days now, and apparently I pose no threat. I am acknowledging he may not be worried because I’m rocking my awesome pinktastic camos and singing along to Tubthumping. He’s probably popping popcorn right now and sitting back to see if Bigfoot actually bothers to come out scare me off. 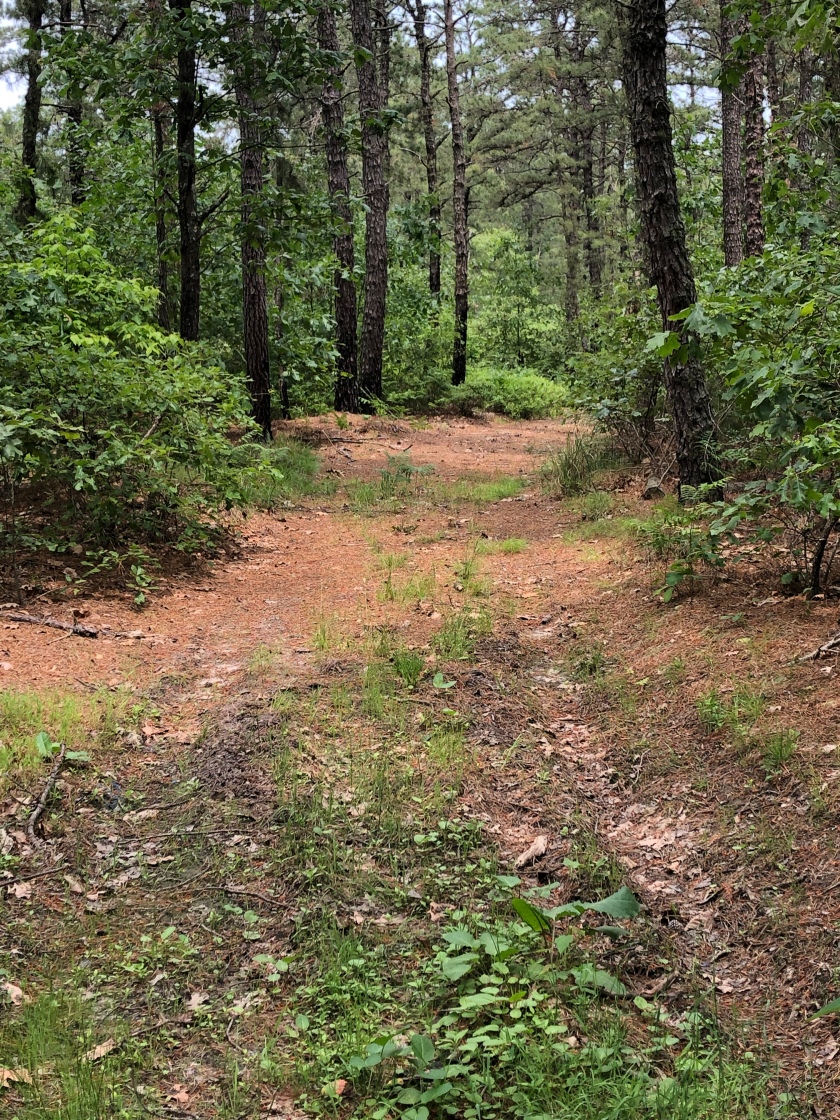 Pic by me inside the Pines

I should warn you that this is the part that gives me the brain ache. How do you find a cryptid who has more different descriptions than Doctor Who?

JD (new nickname, lets make it stick) has been described as kangaroo like, wyvern like, goat headed, horse headed, hooves , horns on his head (hence the devil moniker) and clawed hands. There is more but the migraine is coming. Frankenstein’s monster has body parts from several different bodies and he’s got nothing on this cryptid.

So what description should I be looking for out here? I’m used to searching for Bigfoot. And all his descriptions are pretty much the same thing, tall, smelly and hairy. This may be too complicated for me. I think maybe staying still and singing Tubthumping may be my best bet, hopefully I’ll annoy him enough to come out and play. I mean there is only so much of that song that a person can handle right? 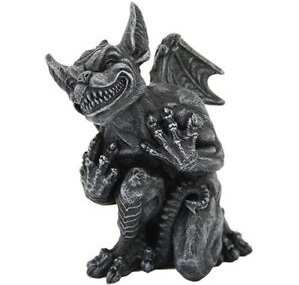 To get through this hunt I’m going to go with an image I think of when I consider his existence. I picture him more like a small gargoyle. It makes sense. And his tale happening at that time period could be easily explained. Mother Leeds may have gotten pregnant from someone she shouldn’t have. When she gave birth, it most likely had birth defects or possibly even still born. If stillborn, maybe they put it on the fire and now the midwife was a unwanted witness. And then boom! A cryptid was born.

I’m not saying I don’t believe in the Jersey Devil necessarily, every tale has some kernel of truth. There is a real women named Deborah Leeds that had 12 children and lived in the area where JD’s story began. And there was also a lot of political intrigue surrounding the Leeds family. Daniel Leeds, was called the “Leeds devil” because he was an almanac writer and was in competition with Benjamin Franklin, so Ben was throwing shade his way and the name just stuck. My tale is also just as good as any explanation out there. (Except the friends around her watching her giving birth). So I’ll keep an open mind as always, but like John Denver in the movie Oh God, I’m going to need more proof.

So JD, get ready to make it rain…

Gargoyle picture from google used in accordance to fair use act

Copyright © June 2019, property of Bigfootmountain and Sasysquatchgirl, all rights reserved